This one is a treat for pop culture archivists. Did you know that singer/comedian Bing Slamet, pop singer Titiek Puspa, crooner Said Affendi and composer Saiful Bahari were some of the stars who were part of the first Rombongan Kebudayaan Indonesia (Indonesian Cultural Delegation) to Federation Malaysia in 1961?

They were accompanied on stage here by Orkes Studio Jakarta, led by Saiful, who was also flown in for the cultural series. Performances included Nusantara songs, traditional Indonesian dances, comedy sketches and a catchy version of Rasa Sayang delight audiences in Malaysia.

Finas Malaysia has now unearthed exclusive footage from the historic voyage, making it available in its online documentary series “Retrospektif”.

The documentary is in Bahasa Malaysia.

VIRTUAL CONVERSATION: AN OVERVIEW OF THE BUTOH ART FORM IN MALAYSIA

The lecture, given by local Butoh practitioner and pioneer Lee Swee Keong, also includes guest speakers Lena Ang and Dr. Richard Chua. Hear the panel talk about how butoh has significantly influenced the Malaysian dance scene since the early 1990s.

In Japan, this art form rose to prominence in the late 1950s, known to be one of the most important movements in art history.

This is the third episode of Badan Warisan Malaysia’s six-part “Spotlight On Sarawak” webinar series.

Travel through Sarawak’s interiors to the cities and discover the unique ingredients and culinary traditions that are integral to the people’s heritage – connecting different tribes, cultures and communities.

Learn about Sarawak’s heritage rice, the variety of tuak (rice wine) made from it, and the taboos and beliefs observed when producing tuak.

From fruits and ulat mulong (sago worms) to comfort food and festivals, both traditional and modern, come experience all the different flavors of Sarawak that make the state a melting pot of diversity.

concepts tells the story of two women who meet at a bus stop in the midst of a pandemic. One of the women decides to leave and at the same time, a young man comes running towards the bus stop. Unfortunately, he fainted and had to be rushed to hospital. Unbeknownst to him, the woman who was left at the bus stop picks up her backpack to uncover a long-hidden truth.

Robot Tiba-Tiba Muncul Di Halaman Rumah Kami Pada Suatu Petang is about a robot that arrives in a village and decides to live with one of the families. Soon the robot becomes a threat to the family and the village as it wants to destroy people’s way of life.

Septuagenarian Rumah is a touching story about two volunteers who help out in a nursing home and the relationships they form with the residents. They meet colorful personalities and even see two septuagenarians fall in love. 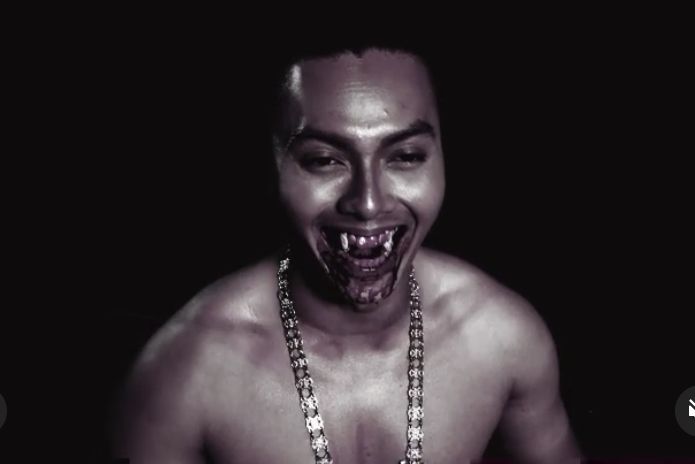 If you missed the Revolution Stage staging of Raja Bersiong at the beginning of this year, you can now view the recording of the show.

This Bahasa Malaysia play is based on a historical epic about a bloodthirsty king…literally. Think of him as a local Dracula. When the king’s royal cook accidentally cuts off his finger, drops of her blood “season” the king’s meal. He adores the meal and forces the cook to reveal her secret ingredient. When she says it’s human blood, the king orders it in all his meals. The king’s bloodlust turns him into a vampire-like creature that attacks his own people. Eventually, they rise up against him and kill him.

Raja Bersiongticketed, will be streamed live via the Revolution Stage website.